Who was able to read and write?

Who are scribes and what do they do?

Scribes were people that had the ability to read and write. Scribes were usally quite smart and almost always men.  There is evidence of some female scribes but usally women were considered to do chores at home and things like that.

How did you become a scribe?

In order to become a scribe, you had to go to a special school. You had to be considered as "gifted" to be allowed to enter these schools. At this school, you would spend your days learning the hieroglyphic and hieratic scripts and studying the language of Egypt. This was very hard as there were many symbols and pictures to learn and understand and it was very complicated.

Could anybody become a scribe?

No, not everybody could become a scribe. It was usually children of scribes who became scribes. Some craftsmen were able to get their children to become scribes but it was very rare.

How long did it take for someone to become a scribe?

A person who was accepted into this special school, would have to be taught most days of the year, for four to five years.

What tools did a scribe use?

Scribes usually used reed brushes dipped in ink for writing.  Look at my tools page for more information on tools in the Ancient Egyptian times. 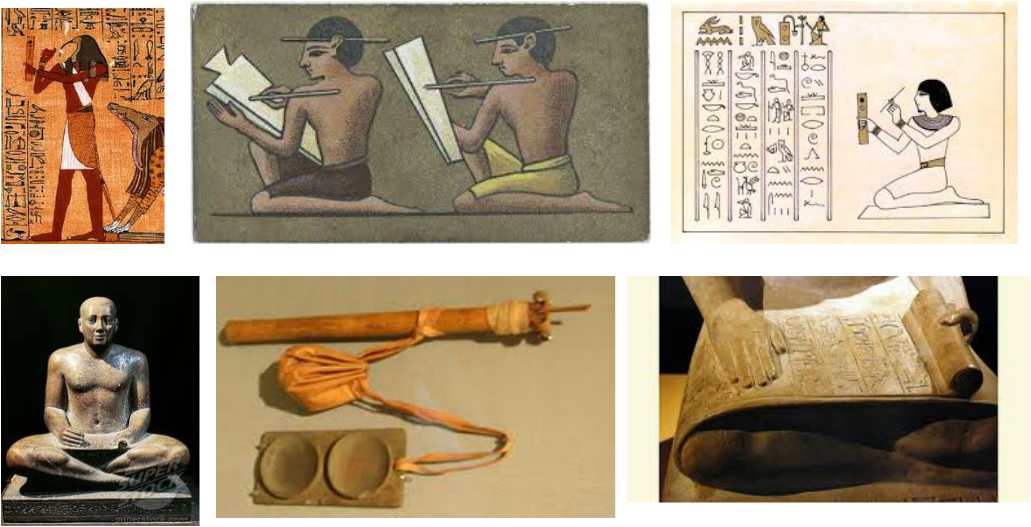